My company has several reports that are generated using the Calibri font. We’ve had several users tell us that their reports are showing extra. A) Avoid using Calibri fonts in Crystal Reports. You might try a more common True Type font, such as Arial. Again, be sure that font is installed. Hi, I have couple of crystal reports with the font set to -‘Calibri’. Recently we have experienced that when the reports are exported to a pdf file. 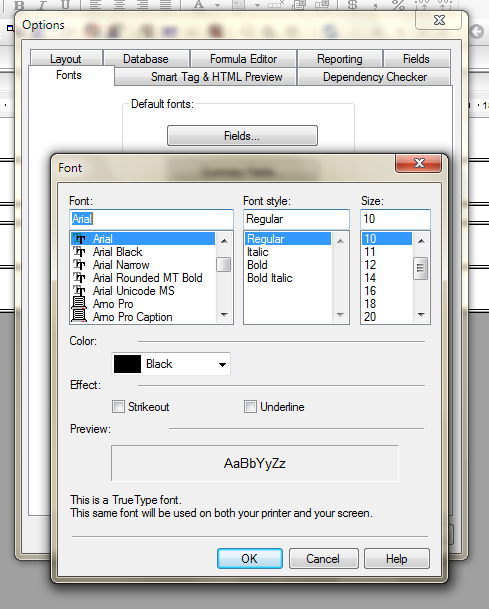 My company has several reports that are generated using the Calibri font. We’ve had several users tell us that their reports are showing extra characters – specifically, it inserts the letter “i” after every lower-case “t”. 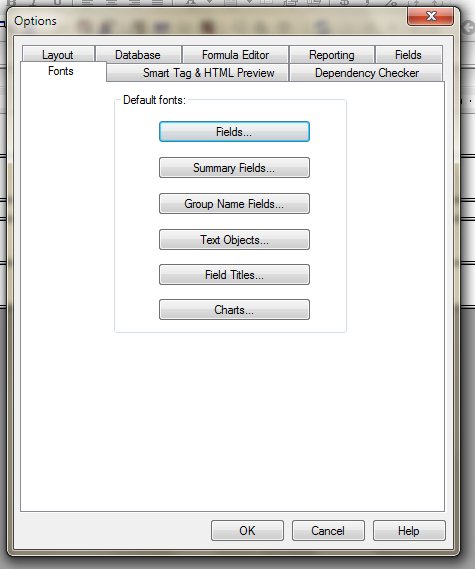 For example, Scott becomes Scotiti and Tether becomes Tetiher there’s no letter “i” inserted after the capital “T” – it only inserts after lower-case. We’ve determined that the problem is due to the fact that we’re using the Calibri font; if we use a different font, it works fine.

Also, if the end-user copies reprts from the generated PDF and pastes it into another document, it renders the correct spelling.

So for example if they copy “Scotiti” out of the PDF and paste it into Notepad, it shows “Scott” as it normally should. The obvious solution would seem to be changing the font on all of our reports to something else, but unfortunately we have hundreds of reports scattered across a vrystal sites, and we would rather not have to change each and every report.

For the sake of completeness, I updated the Adobe Reader on one ofnt the trouble machines to 9.

Calibri font inserts extra characters into PDF version of report. Any Solution for this?

What version of Crystal are you using? If that doesn’t work, there is no way to resolve the issue other than changing the font.

If you can program or have access to a programmer in Java or Visual Studtio, you might be able to create a program that will do this update for you so that you don’t have to manually update all of them. Crystal Report which is comming from Visual Studio Unfortunately, I don’t think you’re going to be able to do anything about this except change the font. Working in C crystwl using the ReportDocument object model, here’s some sample code for changing fonts: I don’t see calubri way for changing the fonts in a crosstab or subreport, though.

Hopefully this will at least get you started if you decide to go this route.

This page was generated in 0. Crystal Reports for Visual Studio Calibri font inserts extra characters into PDF ver. Sri Lanka Online Status: This has piqued my curiosity so I’m going to play with the code a bit and see if I can come up with a sample for you.